Mozilla Firefox is one of the oldest web browsers. It is one of the best web browsers around the globe. But due to unknown reasons Firefox usage is declining. I think people are not aware of the real features of Firefox. So in this article, I will tell you why you should use Firefox over chrome or Internet Explorer.

Most people are going for Google Chrome because of its speed & simplicity. Chrome is also more secure than Firefox. But still, there are many reasons which can drive you to use Mozilla’s intuitive web browser, Firefox. In the past days, I switched to Google Chrome, but the still Firefox features brings me back to my old love.

Top 7 Reasons To Use Firefox (Firefox vs Chrome)

Below are the reasons which will let you use Firefox over any other web browser like Google Chrome or Internet Explorer.

Who says Firefox is slow? If you are one of them then shut your mouth for a moment. Firefox Quantum has made the browser faster and more memory efficient. Firefox is very fast in terms of page loading. Even some tests revealed that Firefox loads pages faster than Chrome. Mozilla is improving its browser’s JavaScript speed with every release. Firefox uses the Spidermonkey JavaScript engine. A tech-based online publication revealed the result after the browser test. In those test Firefox remained on the top, leading Chrome.

Previously Firefox had got a bad reputation for slower startup speed. But in the last few years, they have vastly improved startup time and comes par with Google Chrome.

If you want your browser to customize in every way then there is no better than Firefox. Mozilla has designed its reputed browser to allow customization in most of the ways. Mozilla says its browser is” Designed to be redesigned”. You can easily customize the toolbars of Firefox by just going to the Menu button > Customize. After that, you can add your favorite button in toolbars. These buttons for sideboard, Sync, sharing any page, apps, email link, and others. Select the, according to your preference, and you just a click away from your favorite task.

If you want to give your fox a new look & feel, just head towards Firefox themes and you can easily personalize your favorite fox. Chrome Web Store also has themes to change the look. But it does not provide such a great level of personalization as given by Firefox themes. These themes allow you to change the menu color, icon, and more. 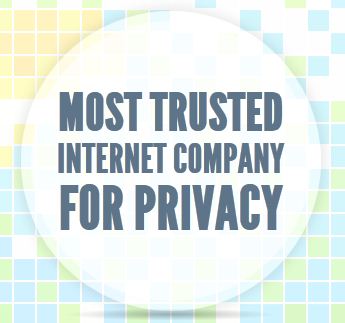 Mozilla is known as the Most Trusted Internet for Privacy. They have embedded the privacy features. If you use Google Chrome then it’s sure that you will not know what Google does with your data. Chrome includes some user tracking features. It will track your every activity in the browser.

Privacy is an important right for every internet browser. Mozilla Firefox will never track your internet activity. It’s up to you to provide private data to Mozilla or not. Mozilla has also added support for a newer version of HTTP i.e. HTTP/2 in the latest Firefox.

Mozilla has greatly optimized the memory usage of its browser. Mozilla’s web browser is 30 percent lighter than chrome. Firefox manages memory better than Chrome. Chrome allocates separate memory to each tab. That’s why it takes more memory. Where Firefox has fixed its memory leak problem a few years ago and memory-optimized the fox with every release.

I have felt the impact of memory usage on my laptop. When I use Firefox and opened about 10 tabs, the system doesn’t feel heavier. While with Chrome, the system becomes heavy when 10 tabs opened. If you will Firefox then you can find this difference in memory usage easily.

Extension/add-on in Firefox allows a user to do any task. These add-ons are available in several categories like privacy & security, download management, appearance, web development, bookmarks, and more. For e.g., if you want to better manage your download, there are many quality add-ons.

There are thousands of add-on available for Mozilla’s browser. But Chrome still lacks this kind of vast availability of extensions. In the add-on area, no one can beat the fox.

Have Firefox, now you can easily connect with others on a video chat for free. The new fox has a feature called Hello. It will let you contact your friends the other relatives for free. On the other side, the person only needs a web browser supporting WebRTC. Also, you don’t need to worry about security for a particular chat session. Firefox enforces top security standards over it.

There is no need to sign in to any type of account. Just send a link to the other end and join over the chat.

Firefox is available for Windows, OSX, Android, and Firefox OS. With its sync feature, you can easily bring your favorite bookmarks, tabs, passwords wherever you go and on every device including a laptop, tablet, and smartphone.

After reading all the above unique features of Firefox, if you still use any other web browser then it’s your bad luck. You can find an all-in-one browser like Firefox. It’s full of features like cutting-edge speed, better privacy & security, and more. These are the reason why I prefer Firefox over other browsers. With every release, Mozilla’s browser is getting the latest web technologies features & standards.

Another point is that A true Firefox fan will never leave the fox. If you are also a fan of Firefox, let me know your reason to use it.